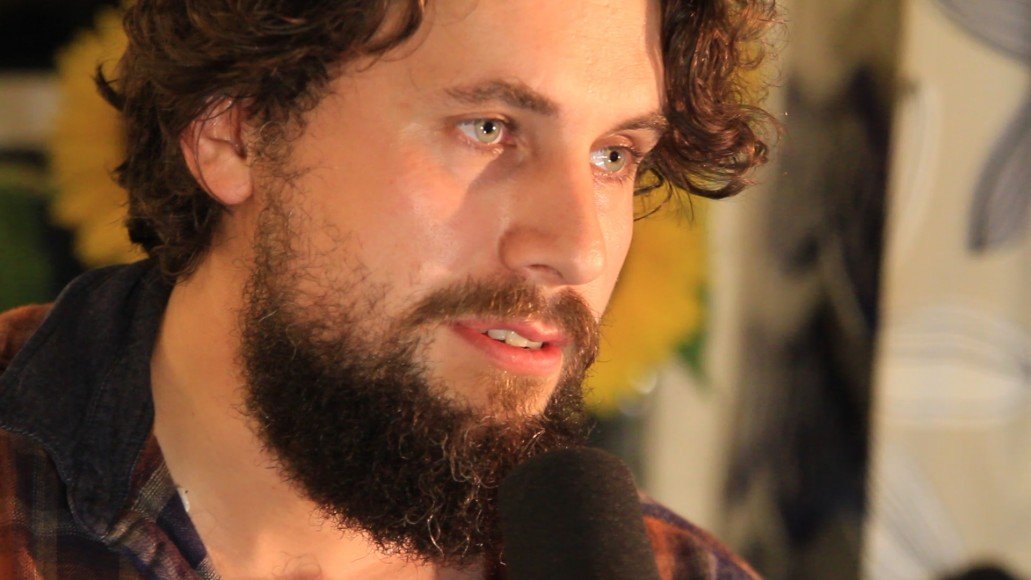 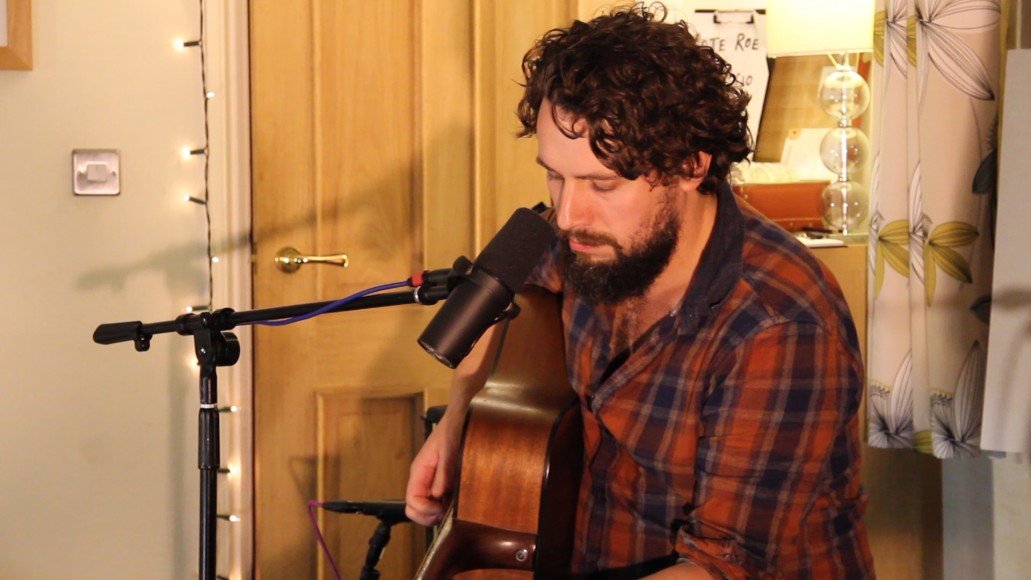 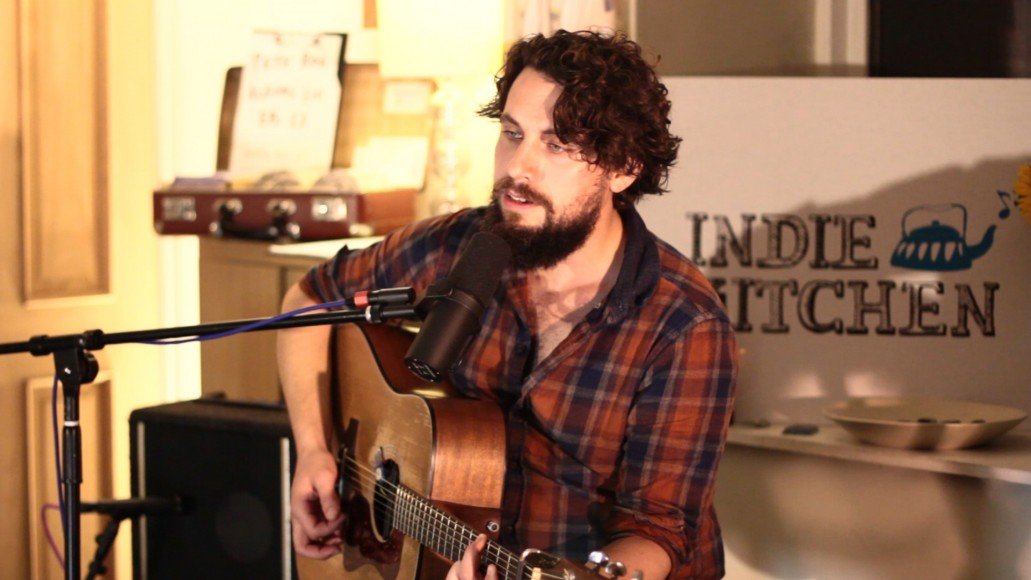 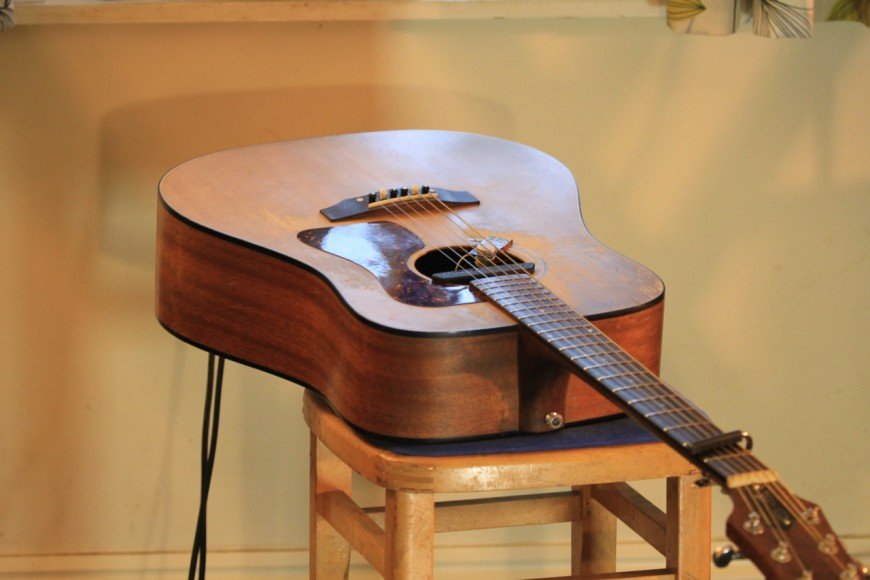 Pete Roe is the multi instrumentalist/vocalist, known and remarked upon, as the live and studio stalwart in Laura Marling’s Band. Being also a paid up member of the London Folk scene, Pete released an EP with Communion during his sideman life. But it was in March 2011 when Pete was invited on infamous Railroad Revival Tour with Mumford & Sons – as well as the likes of Old Crow Medicine Show and Edward Sharpe & The Magnetic Zeros, that he met Nashville’s Ross Holmes & Matt Menefee who had come along for the ride and subsequently went for another ride to Scotland to record with Pete.

We recorded a great session with Pete at Indie Kitchen and we’re currently busy editing a few more videos to share with you all. While you’re waiting, watch one of the songs that we recorded; After Hours With Johnny Guitar. If you like what you hear, why not treat yourself to a copy of Pete’s latest album, Our Beloved Bubble.

The songs below are in the order that Pete played them and we have left-in some of the chatting so you can get a feel for what an intimate and excellent gig it was.

Q. You recorded your Indie Kitchen session as part of your August 2013 House Gigs Tour. What was the inspiration behind the format of the tour?A. The format of many tours has become obvious and not very interesting. I think you need to think of new ideas of how to get your music across to our fans and new people. The House Gigs Tour is an attempt to do that.

Q. Indie Kitchen is just the second night, where is the rest of the tour taking you?

A. I started last night in Devon. After Cornwall I am playing in a Record Shop in Bristol, followed by a gig in a small Theatre company in Bristol tomorrow. Across about 11 gigs, the rest of the tour will take me up to Northumberland and back to London. The venues vary from various parts of peoples houses to their gardens.

A. Yes, just what London needs, another gastropub! I think that “Because The Night” had
actually run it’s cause anyway. The artists involved have all reached a point when they need to be regularly headlining their own gigs. The format was excellent, but we realise that if someone has come to see just one of the bands, they are maybe disappointed when we only have time to play 6 or 7 songs as part of a short set. I am sure we all have exciting plans for Winter 2013 and into 2014, but that will come clear in the future.

Q. I know it is a clichéd question, but at Indie Kitchen we are interested to know where many of the (another cliché) “New Folk” artists got their inspirations. For example, much of the folk music now is reminiscent of amongst others, Nic Jones, however he has never seemed to get the recognition he deserved. I am not even sure if many of today’s folk fans have even heard of him.

A. No, I agree and the “influences question” isn’t always boring.

I grew up wanting to play piano, listening to the likes of Dr John. It was only later that a
friend got me into Bob Dylan and I took up the guitar. Nic Jones was definitely an influence, and it is great to see that he is not only getting more recognition recently, but that he has started to play some gigs with his son playing guitar.

Q. The most important question – how were the cakes?

Q. Nashville Country singer, Caitlin Rose recently said that when she records her Indie Kitchen session, she wants to actually do some cooking as part of the session. What would you cook?