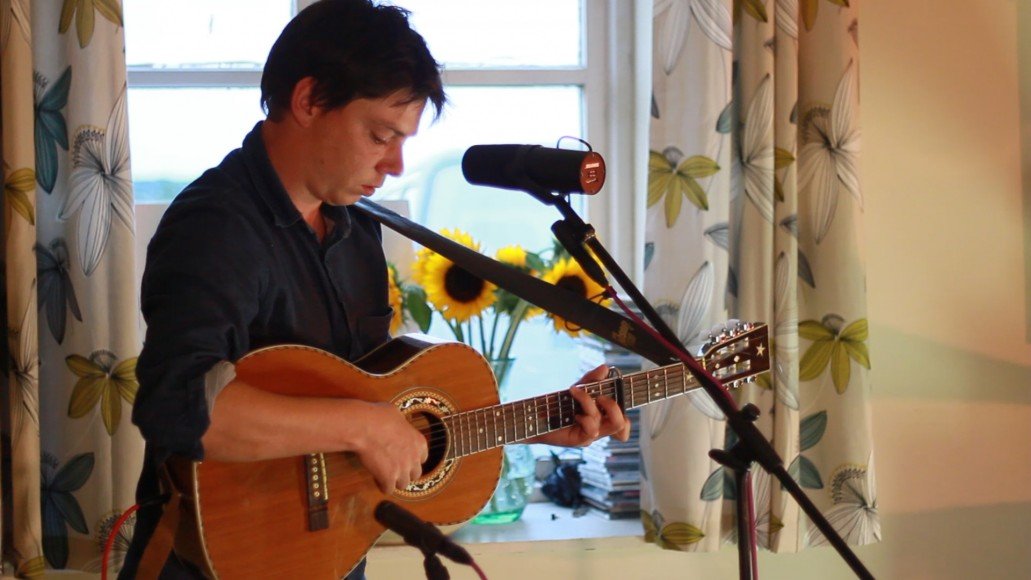 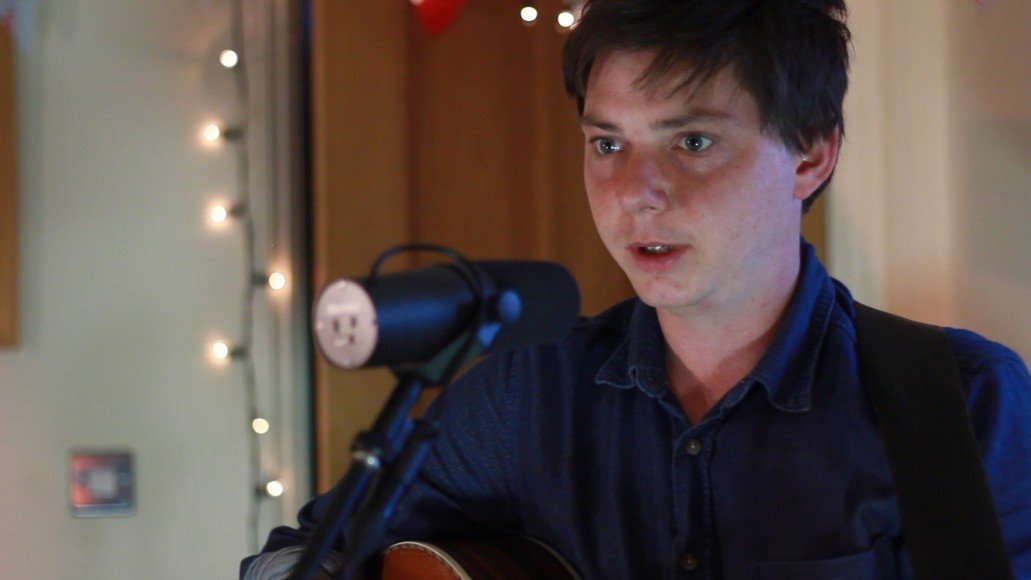 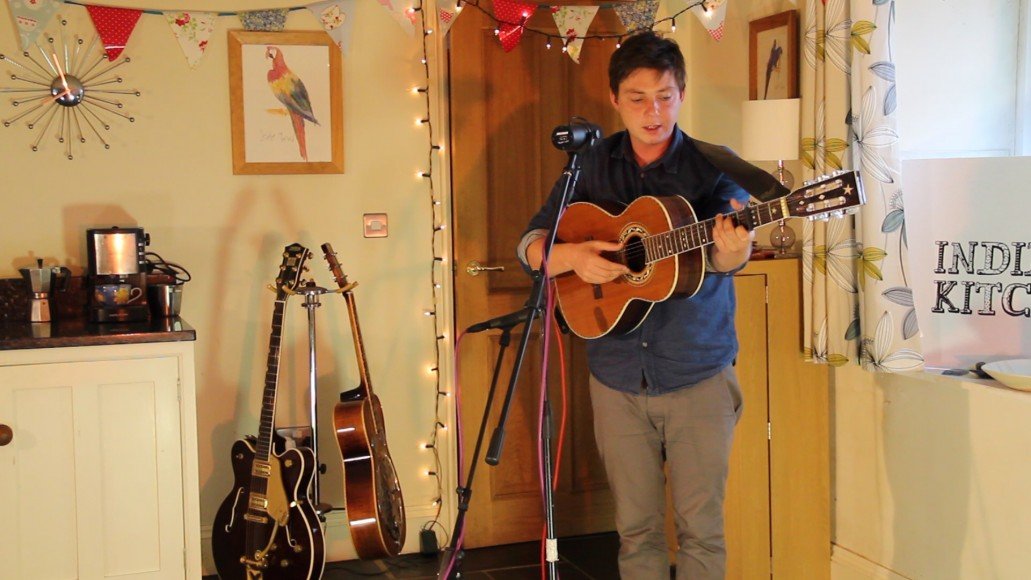 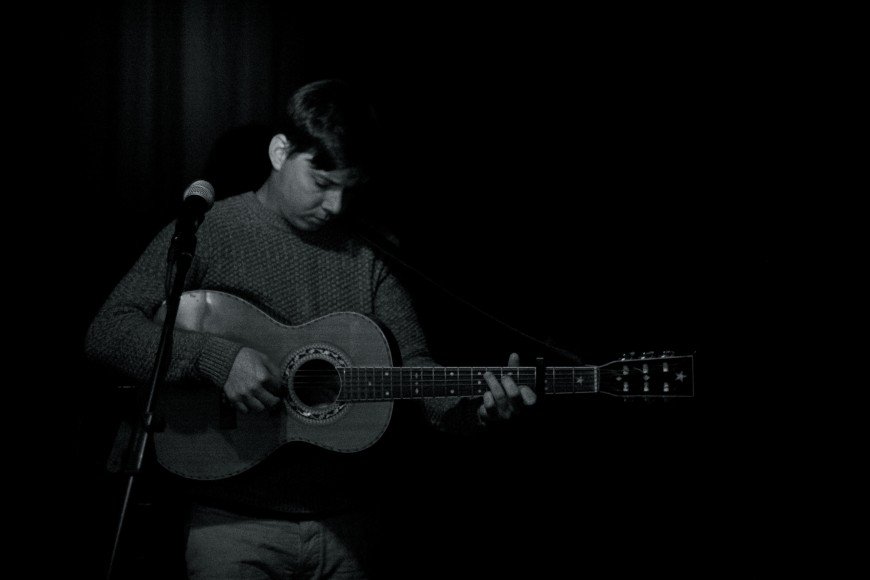 Sweet Baboo’s earliest musical influences were fellow Welsh musicians such as Super Furry Animals and Gorky’s Zygotic MynciGorky’s Zygotic Mynci. Later influences have included the The Beach Boys and Jonathan Richman. His musical style has been described as a mix of country and psychedelic – idiosyncratic, with a skill for writing darkly funny to piercingly tender lyrics.

Sweet Baboo has performed extensively at festivals such as Glastonbury, Green Man, Festival No. 6 and Latitude. He has worked with Cate Le Bon, Slow Club and H. Hawkline. He’s also performed with and produced Euros Childs, The Pictish Trail, The Voluntary Butler Scheme and Islet and collaborated with Gruff Rhys.

Sweet Baboo’s album “I’m a Dancer / Songs about Sleepin’” was nominated for the first ever Welsh Music Prize in 2011.

Sweet Baboo launched single “Let’s Go Swimming Wild” in 2012 as a free download. After winning BBC Radio 6 Music’s “Rebel Playlist” weekly singles competition on the Steve Lamacq show, it was constantly played on the station, once an hour, on the hour. “If I Died…“, the second single from his upcoming album, was released in March 2013 to much critical acclaim. To celebrate that month’s St. David’s Day, a Welsh-language version of the song (co-written with H. Hawkline) was released online. The third single from the album, “C’Mon Let’s Mosh“, was released in July 2013, having also won the 6 Music “Rebel Playlist” competition in June.

The album “Ships” was released in April 2013 on Moshi Moshi Records. Sweet Baboo followed the release with his first headlining tour in the UK and will also perform solo shows and band shows in several festivals during summer 2013. Another headlining tour will follow later in the year.

We’ve finished editing one video so far; Motorhome, which is a beautiful song. Press play, sit back and take a little trip of your own.

Q. Your new album, Ships, sounds a lot jollier than I’m A Dancer [Sweet Baboo’s previous album]. Was this intentional, or as much down to circumstance?

A. I think it’s probably a bit of both, really. Me, Rob (who produced it) and Avon (who plays drums) decided that we wanted to make more of a pop-y sounding record. I suppose I was in a better place, as well. It was a different time of year. So, yeah, I guess it was a bit of both.

Q. Apart from the sexy Prince [as in the 80s pop star SB often talks about at his shows] style, what sort of styles does Ships encompass?

A. I would say the main instrumental influence came from my obsession with Northern Soul and Dexy’s Midnight Runners, and that big brassy sound, as well as like cheap sounding organs and loads of disgusting sounding synths going on, which are always in the psychedelic kinda music I like. And just pop music. I like to call it Welsh pop.

Q. In ‘If I Died’, you talk about only having six great tunes, which songs are they?

Q. Do you think playing for other bands so much has changed your music?

A. Yeah, it must have done. You are totally influenced by people around you: by how they write songs and how their lyrics are. And the people I play for are big inspirations really, so they must have done.

A. A lovely way to spend a Saturday evening. We were very well looked after.

Q. The most important question – How were the cakes?

A. Also lovely, especially the triple tier lemon and orange one.

Q. Nashville Country singer, Caitlin Rose recently said that when she records her Indie Kitchen session, she wants to actually do some cooking as part of the session. What would be your signature dish?

Keep your eyes open for the first print edition of Whippersnapper for the full interview with Sweet Baboo.